In the lead up to COP26, the Climate Council has labelled Australia the worst-performing developed country in a report the federal government has called “misleading and complete rubbish”.

As the federal government debates a net zero emissions policy, a new report has ranked Australia as the worst-performing developed country when it comes to climate action.

In the lead up to the COP26 climate summit in Glasgow next month, the Climate Council report compared Australia’s performance and pledges on greenhouse gas emissions reductions, along with its extraction and use of fossil fuels, with its global peers.

The ranking would not shift if the Coalition agreed to a net zero emissions target by 2050, the Climate Council said, as it called on Australia to take a substantially strengthened 2030 target to Glasgow.

“A commitment just to net zero by 2050 doesn’t catch us up with the rest of the world. It doesn’t get us onto a path to what the science demands,” the report’s lead author Dr Simon Bradshaw said in a media briefing ahead of its release.

“Unless we see – and of course we hope we do – a really substantial shift in Australia’s commitment for 2030 … unfortunately that is not going to shift us from the bottom of the ranking.”

Minister for Industry, Energy and Emissions Reduction Angus Taylor told SBS News the report was “misleading and complete rubbish”, and questioned its methodology.

“Excluding sources of emissions reductions to suit a politically-motivated narrative, as the Climate Council does, shows a lack of respect for the Paris Agreement or climate science,” he said in a statement. 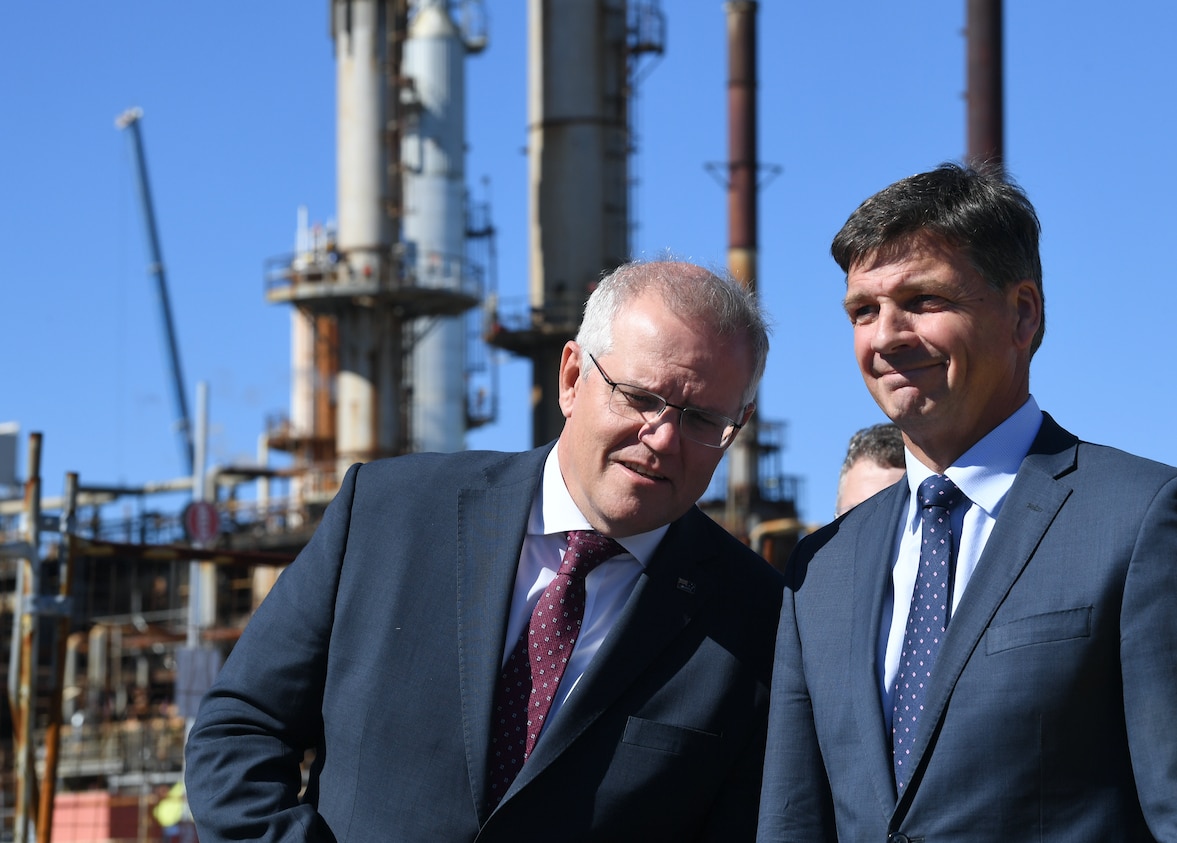 “Australia’s emissions accounting is the global gold standard. No other country offers more comprehensive or timely reporting. We prepare our accounts according to IPCC guidelines and they are reviewed annually by expert teams assembled by the UN.

“We will continue to account for all sources of emissions and reductions for our 2030 Paris target, as other major developed parties including the European Union do.”

What did the report measure?

Its latest report produced two new rankings; the first ranked wealthy developed countries on emissions reductions, taking in both their pledges and their actual performance in reducing emissions.

The analysis looked at countries listed on the United Nations Framework Convention on Climate Change (UNFCCC) that are current members of the OECD.

When it came to emissions, Australia was ranked in last place.

“Australia’s very poor ranking results from its very high level of emissions per person, its weak target for 2030, failure to strengthen that target, and the fact that Australia’s emissions had, until recently, remained on an upward trend once discounting emissions relating to land use,” the report said.

Deputy Prime Minister and Nationals leader Barnaby Joyce is expected to deliver his party’s response to the net zero plan by the week’s end.

The Nationals have previously warned it is “highly unlikely” they’ll accept a more ambitious short-term response, which is currently set at reducing emissions by 26 to 28 per cent on 2005 levels by 2030.

The Climate Council said Australia should reduce its emissions by 75 per cent below 2005 levels by 2030 and achieve net zero by 2035.

“It really is accelerated action this decade that is the main game. It’s what is going to be on the table more than anything else at Glasgow,” Dr Bradshaw said.

The report has also honed in on Australia’s fossil fuel extraction and use as the Nationals voice concerns about what a net zero emissions policy would mean for the regions.

“Australia is seen as a global climate pariah; we have the potential to meet and well-exceed our domestic energy use with renewables, yet we continue to extract, burn and export enormous quantities of coal and gas,” the report said.

The government has not revealed its plan, its modelling or its emission forecasts, but Mr Joyce has told parliament the modelling his party had seen showed a “downturn” in coal prices from global action on climate change.

He also told reporters he treated these as estimates only, given it was hard to forecast four years ahead, let alone out to 2050.

‘Australia can play a major role’

The report’s release on Thursday comes weeks before the major UN climate talks at COP26, and as Australia faces international pressure to strengthen its commitments.

“Australia is falling behind its own states and territories, its trading partners and other comparable nations,” former UN secretary-general Ban Ki-moon has said.

“The world is now looking to Australia to take its place amongst the international community and lift its national ambition on climate.”

Dr Bradshaw said the summit will focus on nations coming forward with stronger commitments under the 2015 Paris Agreement, which commits all countries to limit global warming to well below two degrees Celsius and pursue efforts to limit it to 1.5 degrees Celsius.

“COP26 is all about closing that gap between what is actually required to limit warming to as close to 1.5 degrees as possible and what is currently on the table,” he said.

Since then, Australia’s biggest allies and trading partners have substantially strengthened their commitments.

“We have seen enormous change in the developed nations and their policies relating to climate change in the last 12 months,” report co-author Professor Tim Flannery said at the media briefing.

All of the largest economies now have effectively called time out on fossil fuels over the next 30 years or so – all but one: Australia. We haven’t done it.”

Report author Professor Leslie Hughes said: “This isn’t just about saving face internationally, this is about protecting Australia’s economic future and ensuring our children and grandchildren can not only survive but thrive.”

By strengthening its climate commitments and actions this decade, the report says Australia can have an “outsized and positive influence” on what happens next.

As a first step, it says Australia should match the updated commitments of its key allies, including the US and the UK, and pledge before Glasgow to at least halve emissions this decade.

To ensure this occurs, it would need a national plan to rapidly decarbonise the electricity and transport sectors, protect and restore ecosystems, and support communities transitions to new, clean industries.

Supporting climate action in developing nations is also crucial. Australia should follow the US in doubling its current climate finance contribution and pledge to provide at least AUD$3 billion over 2021 to 2025 towards the shared international goal of providing US$100 billion each year, the report said.

“This is the time to start creating a more equal and fair world and these climate commitments can be a very important stone in building that future.”

“There is lots to look forward to. I think we should go into Glasgow and look at our own position with a real sense of optimism because Australia has so much to gain.”

SBS News has contacted the Prime Minister’s Office for comment.

From a global shipping standpoint it is clear to see that much of these fossil fuels are burned up by ships, planes, trains and other forms of transport at the heart of the logistics and shipping sector. The time to act is now. Connect with carbon neutral shipping today to see how your business can make a difference.

previous
You may not have guessed it but climate change is bad for your health.
next
Climate change - Fossil fuel production set to soar over next 10 years
Contact us
Speak to our team
+61 (03) 9427 0015
Working hours
Mon-Sat / 9am-6pm