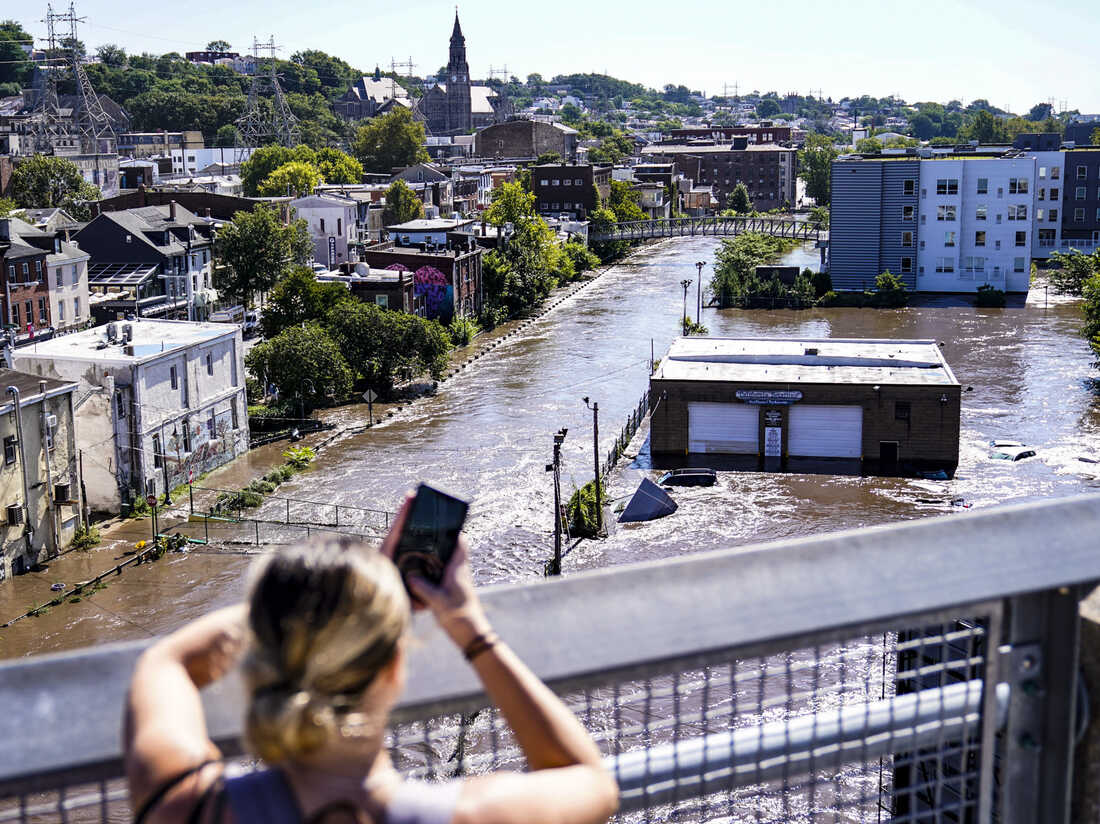 But the sprawling health effects of a rapidly warming world can also be subtle. Heat sparks violence and disrupts sleep. Wildfire smoke can trigger respiratory events thousands of miles away. Flooding can increase rates of suicide and mental health problems. Warmer winters expand the range of disease-carrying mosquitoes and ticks.

A new report from the medical journal The Lancet finds that human-caused climate change is worsening human health in just about every measurable way, and world leaders are missing an opportunity to address it.

Heat waves are dangerous during pregnancy, but doctors don’t often mention it

Trillions of dollars are being spent worldwide to help economies recover from the COVID-19 pandemic, but less than 1 in 5 of those dollars are expected to reduce climate-warming greenhouse gas emissions. In fact, the overall impact of those recovery plans is likely to be negative for the world’s climate, says Marina Romanello, the lead author of the annual report.

“We are recovering from a health crisis in a way that’s putting our health at risk,” she says.

Climate-fueled extreme weather is killing people across the U.S. and around the globe

Climate change is already directly affecting hundreds of millions of people around the planet.

Flooding is getting worse; people were trapped in their homes, cars and subways during recent storms. Wildfires are growing in intensity and frequency. Last year, 22 climate-related disasters caused more than a billion dollars in damage in the U.S. alone.

The trend continued into this year. Earlier this summer, hundreds of people were killed during a record-breaking heat wave in the Pacific Northwest that scientists say would have been virtually impossible without human-caused climate change. Globally, the Lancet‘s Countdown report found, people over the age of 65 experienced roughly 3 billion more combined days of dangerous heat exposure compared with a baseline established just 16 years ago.

“Unfortunately, this was the first year where I can say confidently that I and my patients very clearly experienced the impacts of climate change,” says Jeremy Hess, a doctor and professor of environmental and occupational health sciences at the University of Washington. “I saw paramedics who had burns on their knees from kneeling down [on hot pavement] to care for patients with acute [heat] stroke and I saw far too many patients die as a result of their heat exposure.”

Earlier this year, more than 200 medical journals put out an unprecedented joint statement, calling climate change the “greatest threat” to global public health and urging the world’s top economies to do more to slow it.

Urgent action is needed to “ensure a more suitable future”

Later this month, world leaders, climate groups and financiers will meet in Glasgow, Scotland, to try to agree on a path toward a more sustainable future. The Biden administration’s climate envoy, John Kerry, is calling the summit “the last best hope for the world to get its act together,” even as U.S. efforts to curb climate change are faltering in a divided Congress.

Without rapid reductions in climate-warming greenhouse gas emissions, the planet is expected to warm to a point where large parts of it become barely habitable, with seas overtaking cities and devastating natural disasters becoming commonplace.

The goal is to keep global temperatures from rising above 1.5 degrees Celsius. The world has already warmed 1.1 degrees Celsius (or 2 degrees Fahrenheit) on average compared with pre-industrial times.

The authors of the Lancet Countdown report warn that “there is no safe global temperature rise from a health perspective” and that the most vulnerable — low-income individuals, people of color and the elderly — are most at risk.

Urgent investments in research and adaptation, they write, are needed to protect those populations. And actions need to be taken to quickly reduce greenhouse gas emissions to “ensure a more suitable future for all.”

All rights attributed to author.